(You save )
(No reviews yet) Write a Review

Nice chromed valve cover for all Chrysler 2.2 and 2.5 turbo charged cars.  Uses the early style multi-piece valve cover gasket, not the later 1 piece design. Entire cover has been chromed, including most of the interior.  Includes a new genuine Chrysler oil cap as well as the internal PCV oil baffle.  See the pictures, there is a small fingernail sized imperfection/blemish just above one of the front bolt holes. It's really hard to capture on camera, so I circled it in red. It's not huge, its finger nail sized but I mention it because it makes the cover imperfect.  But if under hood bling is your quest, this is the droid you are looking for! 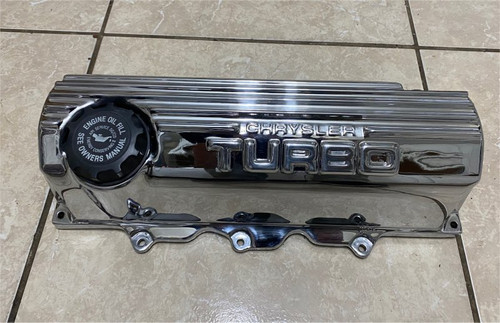